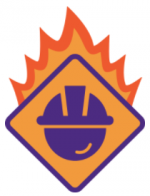 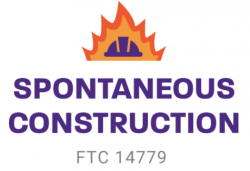 The Minnesota FTC team Spontaneous Construction #14779 has been competing since 2018. In addition to FTC, they have four years of experience in FLL as The Dots #134. Their members have changed over the years and they now have 7 members in 11th grade. They are now going into their last season in the FIRST programs and are excited for their final competitions.

During the 2020-2021 Ultimate Goal Season, the team worked hard to improve their CAD skills. They made 36 different custom parts in Onshape and had two of them professionally machined. This season they also implemented odometry pods on their robot for more accurate positioning on the field. 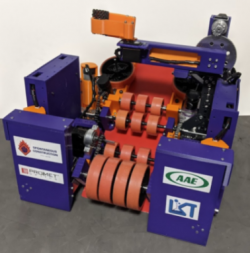 Sir Spontaneous, at the end of the Ultimate Goal season

Spontaneous Construction worked hard in their second year, Skystone, to improve their software. They programmed their robot so that it had only one autonomous program. This program used a color sensor to determine their alliance and a key system to determine what missions to run. They focused on only grabbing stones for their first qualifier. They were able to make a very consistent system that did very well in the robot runs. Then, at their second qualifier, they implemented a lifting system so they could move and stack the stones.

Sir Spontaneous in the Skystone season

During their rookie year, Spontaneous Construction participated in League meets and learned many new skills. Robot construction was one of the new challenges for them. They were figuring out how to plan and build their robot, how to create specific subsystems, and how to CAD and print 3D custom parts. They were able to work on and improve their robot through the season by analyzing its performance at each League meet they participated in. Documentation and Engineering Notebook (EN) was another focus of theirs. The task of finding the best format and style for their EN was started in Rover Ruckus, but they continued to work on it for seasons to come. 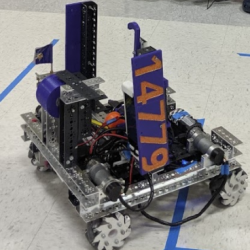 The Spontaneous Construction robot for the Rover Ruckus season

Before FTC most of the members from Spontaneous Construction were on an FLL team called The Dots #134. In their final year before FTC, The Dots advanced to the Worlds Tournament in Detroit, Michigan. They competed there and received the third-place Presentation award. That same year they also were invited to attend the Global Innovation Awards (GIA).

The GIA was a special FLL event based solely on a team’s project. The Dots presented their solution to the Hydrodynamics water theme. They created a working prototype of a sensor and app that records the amount of water used in the shower. It was called DripDrop. The app used gamification and competition to encourage people to decrease their water usage. 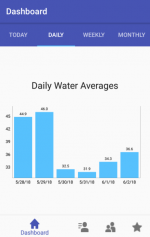