There are two ways to compete in FTC. One is in qualifying tournaments, and the other is through league play. Some regions don’t offer league play, others offer only league play, and some offer both. Teams should check with their local ’’FIRST’’ Partner to see what is offered in their region. Teams who compete in league play will have 3-4 League Meets and one League Qualifier. Each league will have 8-12 teams that compete together throughout league play. All league teams may be mixed up between the league qualifiers so teams in league play may not be together at the league qualifier.

There will be 3-4 league meets starting in October and occurring every 2-3 weeks.

Below is a depiction of the advancement path that teams can follow. Teams should check with their FIRST Partner to determine which path(s) they implement. 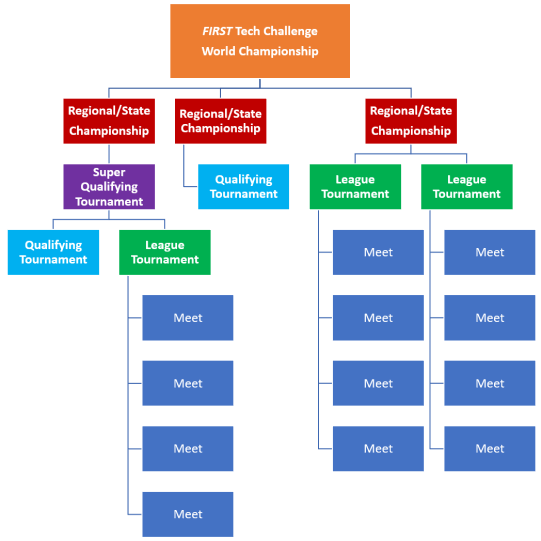